In my family, we celebrate Christmas and what a joyous Christmas it was this year! I loved every minute of it! It was GO GO GO though so on the 25th at 11PM I woke up with a HIGH fever and chills and was in bed 90% of the day on the 26th! (That’s what I get for never resting I suppose)

I am SO excited to blog about TRASHQUETBOL or TRASHKETBALL! It was one of my greatest takeaways from ACTFL this year! I didn’t get to attend many sessions but my favorite that I did see was by Andrea Schweitzer! Her presentation was about how we can “communicatify” and “vehiclize” traditional games to make them better suited for our proficiency based classrooms where communication and contextualized comprehensible input is the focus….

Her definitions of these two brilliant words were:

Vehiclize: use the game as a vehicle for creating contextualized communication with your students (sort of like picture talk or movie talk etc.

Now, Trashketball is something she learned from Bryce Hedstrom. However, in the last few years she has transformed it into a game that provides more meaningful input while still keeping the elements of the game that makes it so appealing to students!

Here is a great video of Andrea playing with her students in the way that she explained to us in her presentation.

I took all of Andrea’s ideas and then tweaked them to fit my style and my students. These variations are explained below.

They love love love this game. I had never played it the way that Bryce originally wrote it but I would imagine kids who have played it that way would love this novelty as well.

Here is a video of the first time I introduced the game… the day after thanksgiving… energy is low, English is high, but at least you can see how I set it up…

Here is another 3 minutes of gameplay:

I am super duper grateful to Andrea for all of the things I learned in her presentation. I often feel frustrated when I attend conferences and spend the whole time presenting because I feel like I’ll forever be the “same Annabelle” and never learn anything new for my students, so it is SO refreshing when I get to attend sessions like hers which give me ideas I can implement immediately!

I hope you’re enjoying your break! 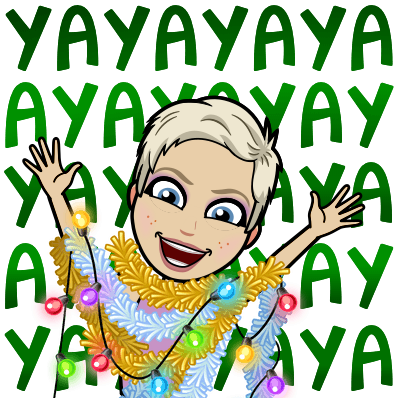