There are so many benefits to using Brain Breaks in your classroom! The most obvious are: increased student engagement, culture building, and JOY… one less obvious benefit is that Brain Breaks can be vocabulary builders. The parts of the body brain break is one of the first I used to “teach” parts of the body without doing it explicitly. It is amazing how fast they pick up this vocab when it is built into a game. 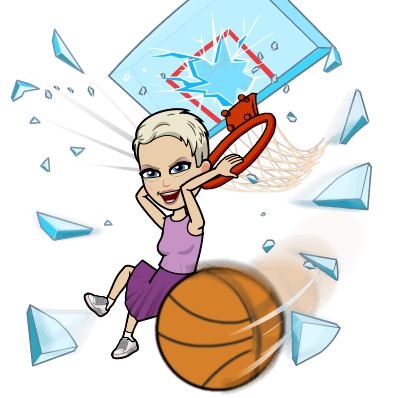 Numbers are another thing I never teach explicitly. I “teach” numbers by working them into personalization, stories we create in class, and we use them when we talk about the date. Last fall, I did a workshop for teachers in Lafayette, LA and my friend Lindsay Smythe Doucet introduced me to a Brain Break that I’d never seen before that is GREAT for numbers!

As with ALL brain breaks, if you want it done well, PLEASE model it well the first time you introduce it. I make it a practice to model the first few times we use new brain breaks as you’ll see in this video. This was the 4th time in 4 weeks students had played “numbers” as I call it, and I still took a quick second to model what I wanted before having students “play”.

Students pair up and put their hands behind their backs. They count to three and then pull one (or two if you want to make it harder) hand out exposing a number between 1 and 5. Students add those two numbers together and try to be the first person to call out the number in the TL. I had students on the first day I played this say “I don’t know any numbers in Spanish!!!” and two weeks later, they were winning left and right and it was just because students who DID know how to count  played WITH them! They acquired from their peers and from the deep desire to WIN!

I recently led a pre-conference workshop at Louisiana’s State conference and it was all about Brain Breaks. Three teachers thought of anther variation on this (first variation would be using two hands). Play with THREE people in a triangle and add up 3 numbers!

You could get really crazy and have students subtract or multiply numbers but I’ve never tried that before!

Thanks to my wonderful “familia loca” for voting for me to write this blog! Our community gained five new members this month and our guest speaker was Paul Kirschling who talked to us about positive classroom management! If you’re interested in joining us we would love to have you! Visit LaFamiliaLocaPLC to join our waiting list.

See y’all soon! So many workshops and conferences coming up and Comprehensible Online too! (Scott extended the deadline for using coupons so if you want to register you still have through February 14th to use: LOCA to receive $25 off your registration!)